ASP parasitologists recognised among our nation’s most distinguished scientists

Congratulations to ASP members, Professor Barbara Nowak, The Institute for Marine and Antarctic Studies (IMAS) and Deputy Associate Dean of Research at University of Tasmania, Burnet Institute Director and CEO Professor Brendan Crabb AC, and Redmond Barry Distinguished Professor Robin Gasser, Parasitologist at the University of Melbourne, who are among 22 scientists acknowledged for their outstanding contributions to science and elected as Fellows of the Australian Academy of Science (AAS) in 2021. 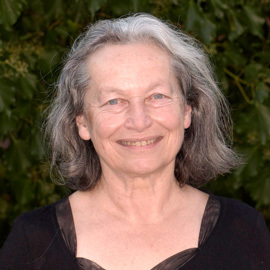 Professor Barbara Nowak is the current President of the ASP and made a Fellow of the ASP in 2018. Professor Barbara Nowak is an outstanding international leader in the field of aquatic animal health. Her research on the effects of pollutants and environmental factors on fish diseases has substantially advanced understanding of fish health and contributed to sustainable aquaculture. Parasite management strategies proposed by her research have reduced tuna losses. Together with her Norwegian collaborators, she discovered a new type of lymphoid tissue in salmon gills, redefining directions in fish immunology. Professor Nowak has developed methods used worldwide to assess fish health and investigate fish diseases. 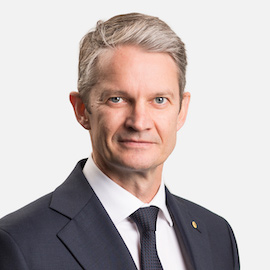 Professor Brendan Crabb won the Bancroft-Mackerras Medal for Excellence in 2009 and was the Editor for the International Journal for Parasitology from 2006-2009. An infectious disease researcher with a special interest in malaria, Professor Crabb’s research group develops and exploits genetic approaches to better understand malaria parasite biology, principally to help prioritise vaccine and drug targets. Professor Brendan Crabb has made several discoveries of significance about human malaria. His team discovered the malaria translocon, a protein machine that allows the translocation of malaria proteins into its host cell, a highly vulnerable point in the parasite’s life cycle. He was the first to provide an order for the myriad of receptor-ligand interactions that mediate red blood cell invasion by malaria parasites. He is also a pioneer of genetic technologies in human malaria, describing the first gene knockout in this organism, and has made fundamental discoveries in malaria pathogenesis using these and other approaches. 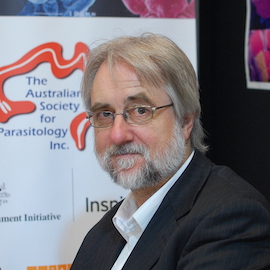 Professor Robin Gasser won the Bancroft-Mackerras Medal for Excellence in 2000 was made a Fellow of the ASP in 2010 and served as the President of the ASP from August 2013 – July 2015. Professor Gasser is an eminent veterinary scientist. His fundamental research has generated deep knowledge and understanding about the biology of parasites, their interactions with their hosts and the diseases they cause by applying and integrating a range of advanced technologies to explore their genomes and function. His achievements include the identification of a range of novel targets for antiparasitic drug development. He has used this extensive fundamental research to underpin the development of innovative methods for the diagnosis, treatment and control of socioeconomically important parasitic diseases of animals and humans for subsequent translation and commercialisation.

Australian Academy of Science President, Professor John Shine, congratulated the new Fellows for their achievements on the international stage. “These researchers have not only been at the forefront of Australia’s scientific community, but have also been leaders in global science,” said Professor Shine. “The 2021 Fellows were elected by their Academy peers after a rigorous evaluation. I warmly congratulate and welcome each Fellow on their election and for their extraordinary contribution to science and society.”

This year’s cohort is made up of 41% women and 59% men. Over the past five years, 35% of the Fellows elected have been women.