Our ASP-Inspiring Australia Parasites in Power and National Science Week events will be a highlight this year with art, science, comedy and parasites taking place at the Tanks Arts Centre in Cairns in May and August. 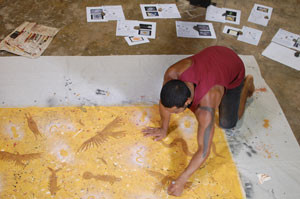 Artists are collaborating with the Australian Society for Parasitology on a unique project exploring the theme of parasites and the health.

Professor Nick Smith, from the Australian Society for Parasitology and a researcher at James Cook University in Cairns, said the aim of the project was to raise awareness of the impact of parasite-related illness on Aboriginal and Torres Strait Islander communities.

“Communities have a much better chance of managing these conditions if people understand the lifecycle of the parasite involved,” Professor Smith said.

“We’ve discussed our understanding of the parasites with Bernard and Tai, and we’re excited to see how they, as artists, will choose to represent that.”

The work will be part of James Cook University’s National Science Week activities in August, and will also feature at the Cairns Children’s Festival in May – both at the Tanks Arts Centre in Cairns.

Bernard Lee Singleton is an artist born in Cairns and raised in the small Aboriginal community of Coen, Cape York. Bernard’s mother is a Djabuguy woman born in Mona Mona mission and his father is an Umpila (east coast Cape York)/Yirrkandji man from Yarrabah mission.

Tai Inoue is a local artist from Kuranda who records and captures sounds for use in film, interviews and music projects. He uses art as a way to understand the world of science, using imagination to explore scientific ideas beyond the limits of traditional scientific methodology. 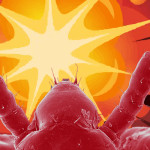 At the Tanks Arts Centre in Cairns “Power in Parasites” workshops and hands-on activities for children will take place in June at the Cairns Children’s Festival.
“Power in Parasites” will take place 10 May – 31 May in Tank 4 from 9.30am – 4.30pm WEEKDAYS, 10am – 2.30pm WEEKENDS and entry is free. Spy on the mysterious world of the tiniest predators on the planet. Feeding off people, pets and other living creatures, these mini-monsters make a meal of us all.
This highly entertaining and educative exhibition by the Australian Society for Parasitology and James Cook University includes real microscopes, giant photographs, interactive games and a look-at-me-I’m-a-parasite mask-making activity. Create larger than life parasites, paint a parasitic lifecycle, and complete the parasite quiz. Join the “Young Parasites Science Club” for free, fun, supervised science activities for young scientists.
SCHOOL EXCURSIONS: Please book: info@tanksartscentre.com 4032 6600 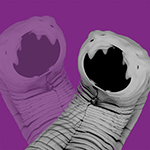 “National Science Week at the Tanks: Science, art, and comedy in the tropics” join us in August at the Tanks Arts Centre Cairns for a series of events that bring together scientists, artists and the general public, young and old, to explore and celebrate science in the tropics.

Cairns will host the Queensland launch of National Science Week on Saturday 15th August at the Tanks Arts Centre. This event promises to be a fun filled afternoon with lots of hands-on science activities for all of the family to enjoy!

On Sunday 16 August our Café Scientifique event will feature a science-art exhibition which includes a science-art collaboration by a local Aboriginal artist, Bernie Singleton and artist Tai Inoue, scientists and a comedian.

On Wednesday 19 August, our Science Express event for young people will be a highlight of the 2015 National Science Week program at The Tanks Arts Centre and that evening a PechaKucha Night will be dedicated to science.

These three informal and entertaining events allow creative people to get together and enjoy sharing knowledge and opinions in a wonderful collaboration between scientists, artists, the Tanks Arts Centre, Cairns PechaKucha Night organisers and audience, and the general public.