ASP-Inspiring Australia with ‘Parasites in Power’ 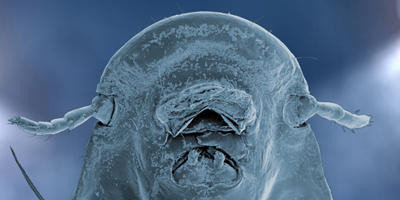 Our ASP-Inspiring Australia “Parasites in Power” and National Science Week events will be a highlight this year with flags along Commonwealth Avenue bridge, public exhibitions, presentations, movies and children’s workshops taking place across Canberra in June, July and August.

Parasites in Focus will be on display in the Gallery, CSIRO Discovery Centre, North Science Rd, Acton 9 June -3 August 2014, weekdays 9am to 5pm. Everyone is invited to the launch event, which will take place on Thursday 12th June at 530pm at the Gallery. Family members and friends are most welcome.  http://inspiringtheact.org.au/event/parasites-in-focus/

At the Australian War Memorial (AWM) in Canberra we will run a two-part public lecture series ”Parasites: the war years” in June and August.

“War on Parasites” will take place Sunday 29th June, from 2pm at the Australian War Memorial Lecture Theatre. Parasites have been affecting soldiers for centuries in times of both war and peace. In the first of this fascinating lecture series “Parasites: the war years” scientists will describe some of the devastating effects of diseases caused by parasites such as Schistosoma (the cause of “Snail Fever”), Leishmania (cause of “Aleppo button” disease last year in the war-torn Syrian city) and   Strongyloides (a roundworm). Professor Alex Loukas from the Australian Society for Parasitology will discuss the latest research into some of these parasites. Professor Alex Loukas is a Tropical Research Leader at James Cook University in Cairns, QLD and Director of the Centre for Biodiscovery and Molecular Development of Therapeutics (CBMDT) and works on parasitic helminths (worm-like organisms). Dr Graham Mitchell will give an introduction to this fascinating lecture. Register online.

Our War Worms interactive workshop for children aged 5 and over will take place at the Australian War Memorial Tuesday 8th July, 10.30 am – 12.30 pm. Participants in our Young Parasites Science Club will find out about parasites that have been affecting soldiers for centuries. Make larger than life models and masks of parasites and investigate what they look like close up. Cost:  $10 per child, $5 for Friends of the Memorial (GST inclusive).  Bookings are essential through the AWM and close Thursday 3rd July.  Contact:  public.programs@awm.gov.au or call (02) 6243 4473

“Aliens amongst us” join us on Tuesday 8th July, 5.30 – 8.30pm at the National Film and Sound Archive (NFSA) in the Arc Cinema for a screening of the 1979 cult American science-fiction horror movie Alien directed by Ridley Scott, and starring Sigourney Weaver. Pre-movie parasites discussion “Revenge of the Bodysnatchers” included!  Bookings: 02 6248 2000

“Malaria in wartime” will take place Sunday 17th August, from 2pm at the Australian War Memorial Lecture Theatre. Parasites have been affecting soldiers for centuries in times of both war and peace. In final of this fascinating lecture series “Parasites: the war years” scientists will describe some of the devastating effects caused by the malaria parasite. Dr Rowena Martin from the Australian Society for Parasitology will discuss the latest malaria research and control strategies. Dr Martin is currently a NHMRC R.D. Wright Biomedical Fellow (2013-16) at the Australian National University (ANU) and works on the biology of the malaria parasite, Plasmodium falciparum. Register online.

Look out for parasites at Science in ACTion which will run from about the 15th – 17th August at ANU in Melville Hall.